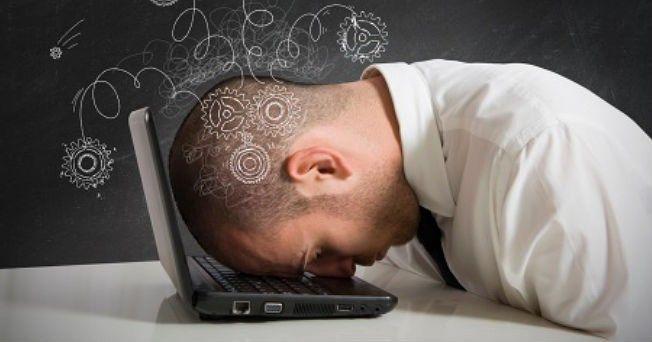 In this post we will talk about the life of the programmer: what are the fears a programmer may have? ENTERS!

Welcome to another post. All people have fears and fears, related to anything: family, school, relationship, etc., but there are also fears related to what one does: their profession or their work. Programming is one of the most demanded areas in the workplace, and a person before and during their path to being a programmer, has certain doubts or fears when becoming a person who is related in this area. That is why today I present ...

The fears of a Programmer

Fear of news and changes

Technologies are updated, and when they are very important changes, it is necessary to relearn how that new technology is used. When a programmer learns to use a technology (call it: C / C ++, Python, Java, SQL, Android Studio, Swift, etc, etc), he fears that it will be updated, with new syntax, new elements that he has to learn, and is precisely that fear of having to adapt to new changes, and apart from fear, it is laziness. But why do we have this fear? I will precisely explain it in the following point:

Fear of not being able to learn new things

As I said, changes are the bread and butter, and the fear that the programmer truly causes is not being able to understand and not be able to learn new things, and worse still: that these changes we have to apply yes or yes because: they are required in the work, the client asks for things that require such changes, etc, etc. When a programmer already has a certain position in a company, or is considered "advanced", or is simply a good programmer, what fear can derive from this ?:

Fear of asking others

Programming generates many doubts and confusion ... One of the fears of a programmer is having to ask another person to teach us because we do not understand. What will they say about you for that? What does someone who probably occupies a lower "position" than yours in the company have to teach you? Uff, God, the boss is going to replace me!

Fear that the client will not accept your work

One as a programmer can kill himself doing a job for which they can pay us very well, but it turns out that after sleepless nights, entire weeks working ALL DAY, the client whimsically asks for a change that requires making the ENTIRE PROJECT from scratch. Or just tell you: "I didn't like it, I don't want it," and not just the customers, even worse if it's your boss and you're in an important position at their company.

We recommend you:  How to index my website to Google

Fear of deploying your startup

Programmers are also entrepreneurs, and with this is that I am talking about doing projects or companies with pure code, and they are VERY AFRAID that when they are released to the public, that they do not attract attention, do not prosper and all our work is ruined.

Fear of 'screw up'

Sometimes programmers are afraid of working as a team, because they believe that if they make a mistake, the other team members will cross it out, throw it away, make fun of it ...

Fear of being labeled "weirdos"

A programmer is afraid that they will call him strange, that the world does not understand them, that they do not understand their passion or what they have to talk about, that people will move away from them because they are bored ... that they will be branded as all powerful and only they look for them so that you help them fix their computers, or that they tell you the typical phrase: "Can you help me hack Facebook?" Pff. ?

Get over your fears, programmer!

Okay, we already talked about fears, but is this going to stop you? Remember that every effort has its reward, don't be afraid to learn new things, nobody was born knowing. Don't be afraid to go ask another programmer for something, to teach you ... this area is constantly changing, and we all have to teach each other, that is what knowledge is all about. Don't be afraid that the client will reject youBefore starting the project tell him to think carefully about what he wants, and to give you an advance of money, and warn him that any important change to the project will be a considerable increase in the cost of the project. Don't be afraid to do that "deploy" to your projectHow about it does work? You never know; successful programmers who have made startups have asked a large part of them, because they do not attract attention, because they simply did not work, etc, etc, and the characteristic among all of them is that they NEVER GIVEN UP. Don't be afraid of being "crossed out"You do not have to like everyone, love what you do and the right people will appear in your life, it does not mean that you are talking about code all the time, you have to try to balance everything, but true friends will support you in your code projects will cheer you up and they won't just go looking for favors.

Before saying goodbye, I leave you a couple of posts on my blog that you might like, programmer: