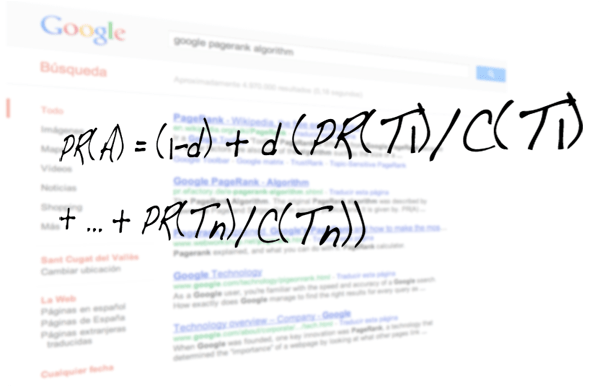 In this post we will introduce you to the person who started everything, who created the base algorithm that Google uses to make its search engine work. ENTERS!

We all know today that Google is not only a multi-million dollar company, but also the most important on the internet, since its web search engine is the most visited page in THE WORLD, where millions of people access its website daily to resort to searching the entire internet through millions and millions of websites around the world in a matter of milliseconds.

Google began its history in 1995, with Larry Page and Surgey, computer science graduate students from Stanford University. In 1997, Massimo Marchiori created the algorithm called «HyperSearch«, Which was cited by the creators of Google to create their algorithm PageRank, which is used in the search engine to make all the web requests assigned to it.

Massimo Marchiori presented his project in 1997 at the world web conference, where Larry Page was, who was struck down by that project. He told him: “Massimo, it's a brilliant idea. As soon as I get back to Stanford, I'll do a search engine at scale. Massori gave him his idea and the next day Larry created his search engine. Larry recorded this algorithm as PageRank, which has this principle:

Communicate and interact with websites, which in turn interact with other websites, thus, we can understand which site each page talks to to give a better search result; a page A communicates with a page B, and in turn B has a communication with A or other sites.

If you want to know who Massori Marchiori was in a detailed way, consult it at Wikipedia.

We recommend you:  Database management systems [PDF]
Doubts questions?
I hope I have helped you and I hope you are done with the post. If you don't understand something, contact our team using the floating chat (located in the lower right part of your screen) to leave us your question.