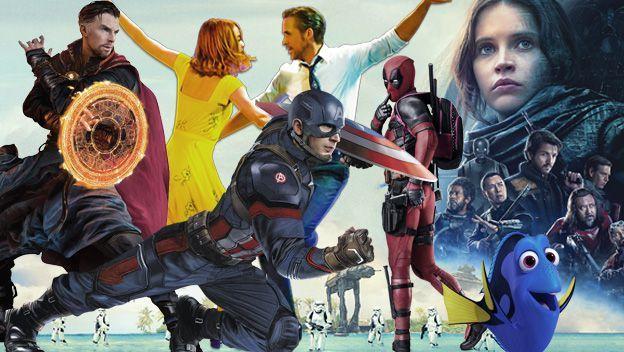 In this post we will show you a list of the best films that have come out in recent years. Going through romance, horror, action and more. ENTERS!

That coveted prestige of being able to enter the select group of the best films is something that has been carried out since the beginning of film events.

This characteristic, which has been awarded in events of great importance worldwide, is something that every director, producer, and actor wants their film to achieve.

However, fair elections have not always been seen. This preference depends a lot on the people and their tastes.

It also depends on the point of view of the people, or even by what is collected in the period of time that they are on the billboard.

On the basis of what are the elections held in recent years?

In this last decade, there have been countless listings and explanations naming the best movies of each year, or even comparing said decade with the previous ones.

However, it is very difficult for everyone to match these lists, as many may like horror, but there are more action movies on the list.

There have also been cases of people who are a little more inclined towards films that come out the same year, but which are not usually of great relevance worldwide.

However, they end up liking this film much more than any other that appears in this select group that has raised more, that is, from a large production company.

The point is, these selections depend very much on the taste or preference that an individual has towards a specific category of the cinematographic world.

Although, there is a method used by many companies, or even entertainment experts, in which the best films are chosen based on what they collect.

Likewise, they can also be chosen depending on the agreement that the critics of many experts may have, or the sales ranking that a premiere has.

What are the 10 best movies in the last 10 years according to their category?

The best films in the last decade, according to the awards received, are the following:

On an exuberant planet named Pandora, are the so-called Na'vi.

The Na'vi are beings that pretend to be very primitive, but are actually highly evolved.

Because the environment or nature found on Pandora is poisonous, human / Na'vi hybrids relate to the human mind.

When it comes to connecting in this way, humans have the option of being able to navigate Pandora without any problem.

Jake Sully, a former maritime infantryman left paraplegic, turns through an Avatar, and begins to fall in love with a Na'vi.

They are the continuations of the endless adventures of Toy Story.

In Toy Sory 2, Andy's toys are tasked with getting Woody back, who was kidnapped at auction by Al, a toy collector.

We recommend you:  TOP 10 movies that are scary

Meanwhile, in Toy Story 3, the toys try to get a way out of the Sunny Side nursery, as well as from the clutches of Lotso and other toys.

The objective of this union is based on fighting against a very corrupt businessman who wishes to see them dead.

In this movie, Loki (Thor's brother) takes the immense power of the Cosmic Cube.

Due to this, Nick Fury (Director of the agency that is in charge of international peace) begins an urgent recruitment.

In this recruitment, the presence and help of the Hulk, Thor, Captain America, Iron Man, Hawkeye and The Black Widow are requested.

They all come together for a common good: End a threat without any origin that tries to destroy the earth.

During this, he begins to develop habits of corruption and miserable excesses.

Two young cancer patients set out on a journey to reaffirm their lives.

In addition, this trip also has another common purpose: To meet a lonely writer living in Amsterdam.

Trapper Hugh Glass seeks revenge against one of his companions.

This is due to the neglect he suffered in the forest while wounded after a bear attack, while thinking he would die.

Despite being the victim of serious injuries, as well as the harsh environment in which he found himself and the winter, Hugh will not give up.

The resentment that he possesses in much greater as to stop for these situations and not be able to satisfy his hatred.

Michele is a successful, ruthless and cool executor.

Someone rapes her in her home and when she discovers who it was, she plays a perverse game that unites the most disturbing and morbid regions of the human soul.

A small group of children from a city located in Maine come together to fight against an evil entity.

This entity takes the form of a clown and appears every 27 years to quench its thirst for young blood.

The case and the violence have taken over the US The new government establishes a norm for order to be maintained.

Basically it is a night in which there are no rules, and therefore everything will be legal. However, the victims of this cruelty will not let themselves be killed without even fighting.

Thanks to this, we can reveal a little more of the best films that have been for each year throughout this last decade.

In addition, we can highlight the standards and / or techniques used to select these films.

Before finishing this post, I would like to tell you that in this blog you will find more topics of Movies, we invite you to visit us.

Similarly, we have more TOPs of many things in case you want to see!

How did you think of this TOP of the best movies in recent years? Do you agree that they are the best? Give us your opinion below!