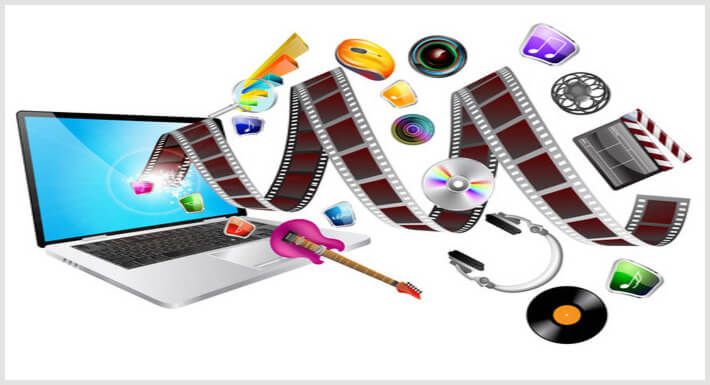 Have you ever heard the word «multimedia«? If you are one of those who has used this term daily but do not know the meaning it covers, do not worry! Here we explain everything you need to know about multimedia files: history, evolution, types of tools and more.

Multimedia It is a term widely used and popularly known, mainly in the field of technology, however, its concept and characteristics can be a bit confusing for many people.

Tutorials and guides related to Multimedia

Seriesdanko.to not working? In this post you will see which are the best alternatives READ MORE

In this post, you will learn how to search for someone through a READ MORE

Therefore, today we will tell you all about the multimedia and we will also cover some things about their origin, characteristics, formats, most popular tools and types of multimedia files. So we invite you to continue reading to learn more about this interesting topic.

What are multimedia files?

To understand what multimedia files are, it is to start with the most basic, what is multimedia? This original term of the English language refers to everything that uses several means simultaneously for the transmission of information.

In this sense, multimedia files are those objects or systems that use multiple means of expression to transmit information.

Among the most important means of communication we have: text, images, videos, sounds, animations or other similar.

History and evolution of multimedia

The multimedia concept is as old as human communication, since in order to express ourselves, we make use of different resources such as sound when speaking, text when writing, and presence and gestures as a live video with animation.

However, the history of multimedia it begins in 1945 when this term began to have a great weight within society. Mainly, when it was proposed that computers should be used as support for people's mental activity, which would change the conception of these computers that, initially, were intended only for mathematical calculations.

Vannevar bush, an American engineer and scientist, was the one who proposed this idea, for which he designed MEMEX (MEMory EXtension) that allowed the registration, consultation and associative manipulation of ideas and accumulated events of culture, describing it as: «Consider a device for individual use, similar to a library and a mechanized file ... where the individual can store their books, records and communications and because it is mechanized, it can be consulted quickly and flexibly ”.

Despite being an incredible idea that was what he called Multimedia files, it was eventually forgotten by the technological deficiencies of the time. However, MEMEX had everything we could find in a current personal computer but adapted to the time, links to text and images (by means of a microfiche system), network capacity (via television signals), a graphic terminal (television screen), keyboard to enter data and a storage medium (using electromagnetic memory cards).

Later, so that the concept of multimedia files was made known, in 1965 Ted nelson takes up Bush's ideas through a project called Xanadu through the proposal of a concept called “hypertext”, Which should not be linear, branched and bulky and with multiple alternatives.

Also, in 1968, the American inventor Douglas engelbart proposes a system that does not process numerical data, but rather ideas such as structured, interactive and graphic texts, also known as NLS (oNLine System). In this way, both Nelson and Engelbart are the closest antecedents to what we currently call multimedia, which changed the future of the computer, going from simple numerical calculations to authentic information managers.

Now, following the evolution of Multimedia files, the principles of computers are given by two variants. The first would be the invention of the transistor with electronic developments, which started the second through a series of effective communication exercises in search of noise elimination, message reception and good perception.

After its invention in the 50s, the transistor allowed the computer revolution through the manufacture of the chip, electrical circuits and electronic cards for compact processing units and the integration of video that, together with the development of hard drives, gave life to PCs.

Over time, a number of accessories and peripherals were developed so that the computer could manipulate images, sounds, graphics and videos, as well as text. What we currently know as multimedia files. Thanks to the establishment of personal computers, it was possible to control other communication devices.

In the 70s, the educational field opened the door to the operational concept of multimedia and this is thanks to the incorporation of visual and auditory media to send messages through different channels and thus make it more attractive and impactful to reach more people.

In 1984 multimedia arrives with a strong step thanks to Apple computer and the birth of the Macintosh, the first computer capable of reproducing sounds equivalent to an AM radio. This, together with an operating system and programs for design and editing, made this computer the first viable option for the arrival of files. multimedia.

Years later, the history of multimedia gives its first steps in the gaming world And this is thanks to the integration in the year 92 of videos, audios, graphics, animations and texts. In the same year, the launch of the multipurpose CD, that is, a multiplayer, was announced at the CES (Consumer Electronic Show) fair. It was capable of reproducing sound, animation, photography and video from a computer or via optics on a television screen.

After taking a walk through the history of multimedia, we give way to tools. Multimedia tools are those that are used for the creation and presentation of information in different formats. These allow you to organize and edit the elements that confirm a multimedia file, from graphics, images, sounds, animations and more.

In addition, they provide an integrated environment that unifies the content with the functions of the project to be developed. In this way, it provides the ability to create, edit and import data that allow the creation of a final structured message.

These multimedia tools can be classified into two groups: hardware and software.

Types of multimedia tools that we can find

Multimedia tool types are ideal when much of the content consists of items that can be viewed individually. Whether we are talking about playing audio, video, animations, or simply viewing images. These are some of the tools:

You can categorize the types records multimedia between large groups: audio, video or image.

These formats multimedia they are divided into vector and bitmaps:

The vector, are composed of two-dimensional shapes, text and bitmaps. For their part, bitmaps are images that have undergone a conversion process that allows the computer to store them in the form of bits. Among the most common formats of multimedia files for images are JPG, GIF and PNG.

It is a type of file composed of a series of images that are displayed in a sequence at high speed. In this way, you can reconstruct a scene that may or may not be accompanied by sound. Some of the most common video file formats are MPEG (Moving Pictures Expert Group), QT (Quicktime), MP4 and AVI.

These are types of media files that feature a sound or a sequence of sounds that have been converted to a number format.

If the above is fulfilled, they can be stored on a computer. Among the most common we can mention:

Now, in basic matters this is all you need to know about the history of multimedia, tools, files and types of multimedia. We remind you that here you can find what you need to be an expert on the subject. Visit us!