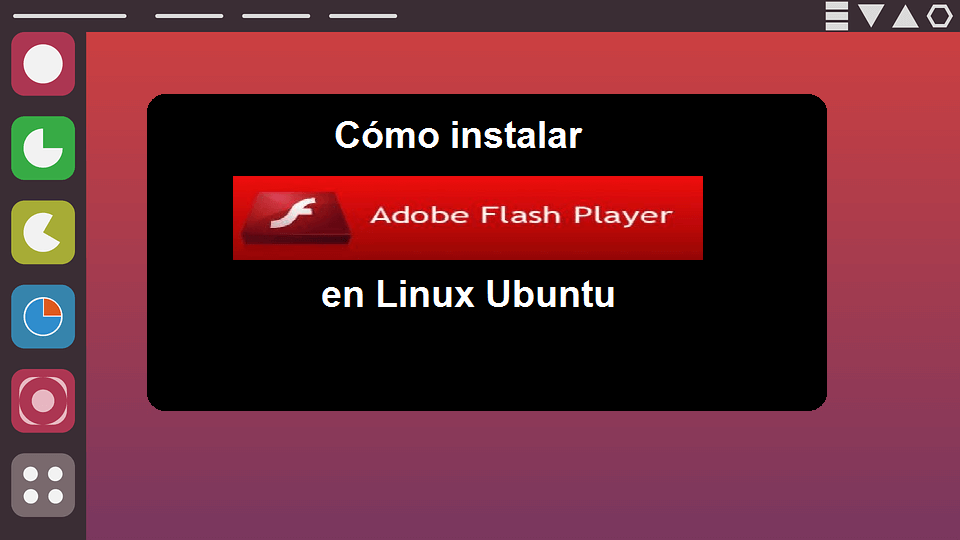 For multiple reasons, we surely use the free operating system Linux Ubuntu, but despite being very efficient, it brings with it certain limitations, such as being able to watch videos. Therefore, today we wanted to bring you a post about how download and install Adobe Flash Player on Linux Ubuntu and so you can do it. ENTERS!

It is well known that Adobe Flash Player for web browsers it has been a bit relegated to the GNU / Linux platform; However, it is a plugin that continues to be used very frequently and is one of the most important add-ons for any user Ubuntu.

For this reason, there are several options that allow us to download the plugin easily and simply. Let's see.

In the case that you use the Chromium browser you can extract the plugin from chrome and use it in this browser. Let's see the step by step:

To check for updates manually:

The advantage of using the Chrome browser is that the Flash Player plugin is already integrated, that is, you don't need to install or do anything else to be able to watch videos.

In this case, all you have to do is keep Chrome updated to avoid any problems.

We recommend you:  Microsoft Windows products and programs that you can run on Linux

Now, in the case that you cannot use Adobe Flash in Chrome, what you have to do is uninstall it and reinstall it.

Before delving into this option, it is important that you know that Adobe no longer supports Linux development apart from the Pepper Flash plugin for Chrome. Therefore, the Flash plugin for Firefox is already very old and therefore does not have any update, it only receives security patches.

However, in case you want to install an old version of Firefox, follow these steps:

To confirm that you have the plugin installed on your computer, you can go to the following page. Here you can check which version you have installed and the one available for Linux, they must match.

Another thing to keep in mind is that you do not need to click on the browser when it tells us that the plugin is missing, or add any repository, or download anything from the official Adobe page. Since this will cause the plugin to stop and bring problems to the system itself.

When actions such as mixing or repeating installations are carried out, certain problems arise, and to solve them, it is best to uninstall the plugin and everything related to it:

And to install it again you just have to write: sudo apt-get install flashplugin-installer and restart the browser.

Gnash: It is a plugin that is based on GameSWF and is compatible with most of the features of SWF v7 and some of v8 and v9, although it does not support SWF v10, so the most graphic and complicated web pages will not be able to be opened. For its installation you just have to write:

LightSpark: It is a plugin written in C ++ / C and runs on GNU / Linux. Its purpose is to support the new formats of Adobe Flash and the AVM2 virtual machine.

With this last section we end our post about how to install Adobe Flash Player for Linux Ubuntu. We hope all this information has helped you.

But before we say goodbye, we want to recommend another of our substantial posts:

See you at the next opportunity. Thank you for your loyalty.