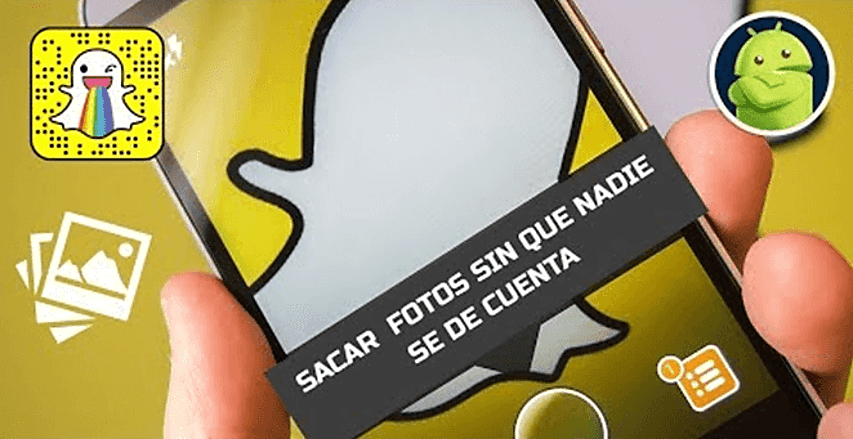 In the next article we will teach you how to make a screenshot of Snapchat without being detected using two extremely easy-to-carry methods ENTER!

There are situations that lead to a person wanting to take a screenshot of information about another person and, most of the time without their consent. An action that worries many users and for which many social applications have been willing to solve.

In this sense, Snapchat has been one of these and incorporated a function that alerts the user that another has taken a screenshot; and although this does not prevent doing it, it does become embarrassing for those who do it.

Basically, by making a screenshot of a snapchat will notify the person who posted it. However, there is not much to worry about, as there are several methods designed to circumvent this alert in a very simple way. Let's see

Ways to take a screenshot on Snapchat

In this opportunity we will present two methods:

Take a screenshot without notifications

Our recommendation is that you carry out this procedure first in your own SnapChat.

Now, this method, in theory, works both for capturing in a private chat and in the stories of the person.

The first thing you should do is turn on airplane mode and turn off Wi-Fi in order to deactivate your Internet connection. This action will prevent Snapchat from sending a notification to the person you want to capture.

In case you don't know how to put your mobile device in airplane mode, see how it's done:

Next, go to Snapchat and verify that you are offline. To verify this, the application should show a message at the top: “Could not update. Please try again. " If this message does not appear, it is because you are still online.

Now, open the person's snapchat that you would like to make a screen shot or screenshot.

Locate the information and take the screenshot of the app Snapchat. This action is performed with the power and start buttons at the same time, it will depend on the model of device you have.

We recommend you:  How to create a Hotmail or Outlook email account step by step

Once you have the image in your hands, log out of Snapchat Going to the gear icon in the upper right, scroll to the bottom and select "Sign out."

Close the application. You must do this as even after returning to the home screen, Snapchat runs in the background.

Wait at least a few seconds for it to close before continuing.

Turn off airplane mode carrying out the same procedure from step 1, but in this case you will disable it.

Open Snapchat. Go to the snapchat of the person you just captured and check that it doesn't say "Screenshot" next to it.

Take a screenshot with notifications

This method is a bit less cumbersome, as it won't matter if the person the screenshot is taken to receive a notification from Snapchat.

However, to take the screen capture or screenshot in the Snapchat app, it will vary depending on the device:

Open the Snapchat of the person you want to take the screenshot. Tap the snapchat to open it, you will see a timer in the upper right corner indicating how long it will last.

Take the screenshot pressing the corresponding buttons according to the type of device you have. You should do this step quickly, remember that some snapchats last only a few seconds.

Automatically capture the image, the other person will receive a notification.

With the previous section we have reached the end of this post about how to take a screenshot on Snapchat without them knowing. We hope all the information contained here has helped you.

As a plus, take a look at this interesting post:

See you at the next opportunity.