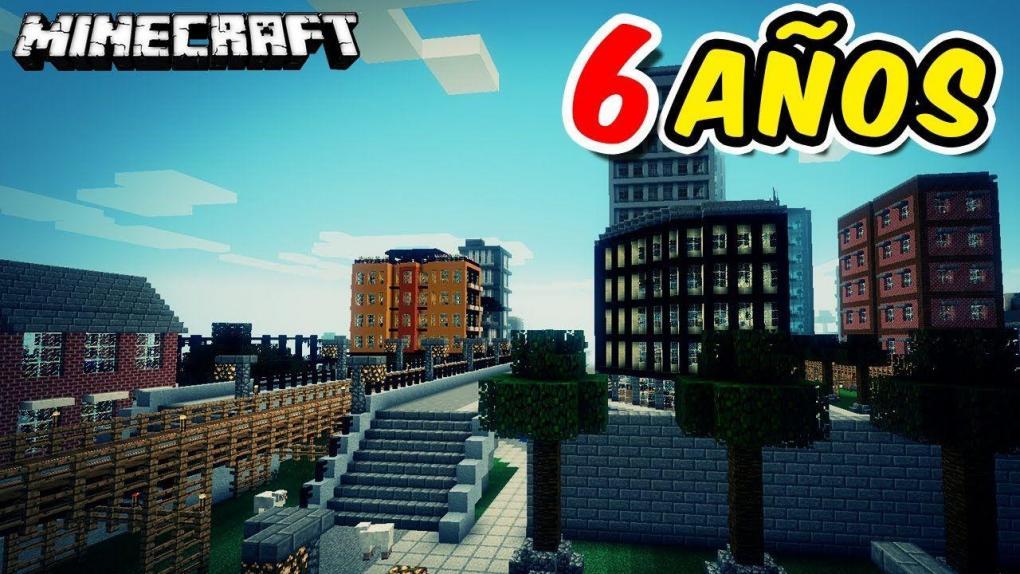 In this post, we will teach you the Map «Newisle", that took 6 years to complete, it has beautiful decorations and constructions. CREATIVITY HAS NO LIMITS! COME IN AND SEE IT!

Many of you may already know Minecraft - the world's most advanced and intuitive building game. And since it came out into the world, multiple users have been given the task of creating fantastic constrictions with the blocks and materials that this game has predefined in its system. With each update, many improvements and functionalities are coming out and each map impresses more and more.

The imagination of users when building these incredible maps is amazing, so much so that they have spent thousands and thousands of hours to build their maps.

TODAY we bring you a fantastic map that was built by user Blip Noir, a fantastic city called «Newisle». Then, the user describes his map as:

Newisle started with one goal: to make a modern, dense city skyline. And it became much, much more than that. The project started all the way back in August 2010 during the early alpha days and has stayed alive ever since. It has been done totally solo and is my only world except to date.

From its earliest days of rough cobblestone structures and basic materials, the city has grown substantially into a wide-ranging modern metropolis stretching roughly 600 blocks in each direction. Surrounded by historic landmarks, criss-cross train lines, and hundreds of fully furnished buildings, there is no shortage of sites to see around Newisle and beyond - there are now 6 other independent towns and villages to explore outside of downtown Newisle. ~ TRANSLATED FROM ENGLISH.

As the user describes, this map has 6 more CITIES around Newisle, and each building has INTERIORS and decorations.

We recommend you:  How to install Minecraft for free

Doubts questions?
I hope I have helped you and I hope you are done with the post. If you don't understand something, contact our team using el floating chat (located in the lower right part of your screen) to leave us your question.