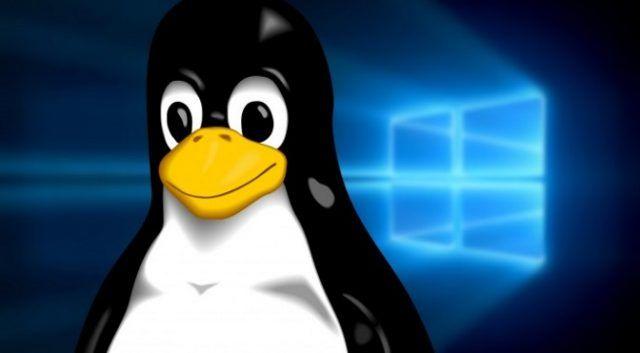 In this post you will find 6 Microsoft Windows programs / products that you can install and run on Linux. That's right, Linux and Microsoft are fond of each other.

The words Microsoft, Linux, and love united in one sentence was unthinkable. However, it has happened: Microsoft loves Linux.

This enmity had been dragged down since the Microsoft Director Steve Ballmer, declare that "Linux is a cancer."

Problems that Microsoft and Linux had

Although many people still do not believe it, Microsoft loves Linux.

However, many people know the good side of this story, but do not know what was the situation that existed before it.

After the Microsoft director made such statements against Linux, even calling it a "cancer," a your organization's constant attack on Linux.

This looked as if this really was a cancer that they wanted to eliminate, carrying out all kinds of processes and techniques, and officially you could not both install and run Microsoft Windows programs in the mythical Linux, there was no official support.

One of the forms of attack to achieve the Linux removal, it was by sponsoring SCO's copyright to be able to directly attack Linux.

It was even said that Linux had infringed countless Microsoft patents up to massive FUD assaults.

Microsoft benefit in conjunction with Linux

If you look in a more specific way, you can find that Microsoft started changing their song anti-Linux since a few years ago.

Linux has become a point of importance in the business encompassing technology.

Satya nadella, Executive Director of Microsoft, declared that "if you don't jump into the new, you don't survive."

For a long time of oppositions, currently Microsoft provides support to various opensource software; A little further down we will show you the list of Windows programs that you can run on Linux distos.

Between these open source programs We can mention the big data Hadoop, and on the Facebook side, its opensource data center project, and even the Docker containers.

As if that weren't enough, Microsoft is currently looking to open up the core of lots of the technologies they have, such as .NET.

Of course, Microsoft it also makes a lot of money directly through Linux.

Regarding the patents of the mythical AndroidAs debatable as they are, they still manage to get you a trillion more dollars in revenue than Windows phones can.

If we go back to 2008, the director of technological and strategic platform of the Microsoft opensource software center, Sam Ramji, expressed the following:

Help them become successful in today's heterogeneous world of technology.

After this, many people came to think that this was a simple speech.

But, after this, Microsoft began to show people that they did not talk just to talk, but actually they would start with the open source project.

Microsoft Windows programs and products to run on Linux

SQL Server: For people who don't know what it means, SQL Server is a database service mechanism of the relational form.

We recommend you:  How to install Adobe Flash Player for Ubuntu

The version of SQL Server that fell into the penguin's operant mechanism is not a natively crafted sport.

This is one craftable with a small Windows kernel.

SONiC: When Microsoft and Linux got into their war, there was even talk that the Redmond company created a "Linux distribution of its own."

This is not entirely true, since SONiC is a mechanism operant with a specific destination.

This destination was based on switches, key devices in any type of network infrastructure.

Otherwise, it can be run on Ubuntu, Debian and Jessie.

However, as already mentioned, this is not a distribution that has its own identity.

Azure: Azure began to interact throughout the Open Source environment, which was eating up the earth of Microsoft's proprietary solutions.

At the beginning, they were the only ones allowed by the platform.

At year 2015, the service began to be called «Microsoft Azure»(The name it had prior to this was Windows Azure), and it was in this year when it began to provide more support to install and run Windows OS programs so they can run on Linux.

Before this they had already authorized the realization of Linux virtual machines in their construction.

Since November 2015, RHEL (Red Hat Enterprise Linux) has an agreement with Microsoft.

With this deal, you now give people the best of union between Azure and RHEL.

The goal of this is to offer you the best of both worlds in business structures.

.NET: In November 2014, .NET is managed to become an Open Source product.

This was something that was unprecedented in the recent history of widespread software, and of Microsoft in particular.

To reassure the most evasive, they even released a proprietary promise.

Said promise protects the entire framework of any type of claim on the proprietary rights by the company for some years.

With the opening of the .NET code, the unavoidable availability for Linux appeared.

In fact, Microsoft itself released a download and installation guide to obtain the framework in the penguin's operant mechanism.

Visual Studio Code: It is a type of multiplatform code editor that has a certain peculiarity.

That is based on what others like SublimeText or Atom They would be packages to install, in this editor they are already pre-installed.

It is based on offering developers a working tool that they only have to install and start using to program.

Thanks to this, you can understand what progress has been in the relationship between Microsoft and Linux, forgetting hatred and knowing that Microsoft loves Linux, and that you can now run a large number of Microsoft Windows products and programs on Linux.

This is almost unbelievable, after Microsoft has made improper statements and attacks against Linux in the past.

Notably Microsoft and Linux they have managed to benefit in a monetary way with this union that they have achieved.

I hope this post has been to your liking.

In our blog we write everything about Linux: distributions, tutorials, useful programs, etc ... Visit us!

Perhaps these following articles are of interest to you, we have selected them for you:

Were you able to run / open those Windows programs on Linux? Give us your opinion in the comments!