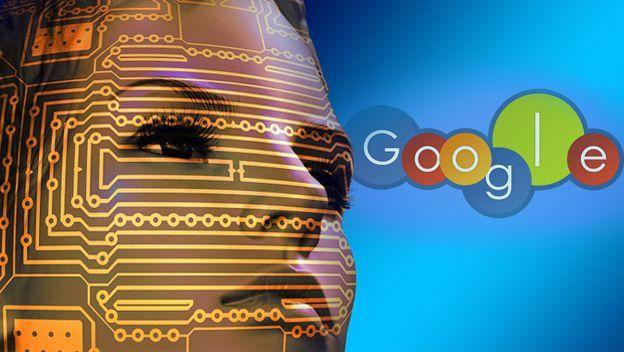 In this post we will tell you about the technological innovation that Google is doing, and what in the future it will change the world. ENTER, we tell you!

Due to the goals that it constantly achieves, as well as the importance it has in our lives today, many of us think that technological innovation in Google will change the world.

This thought is generated due to the advances, purchases, updates, among other things, that it achieves every day; it has become an important tool for us.

We are all clear that Google handles, simultaneously, dozens of developments and very innovative projects.

All of this makes it more than just a simple browser or information network.

Why will Google's technological innovation change the world in the future?

People think that Google will change the world for one simple reason: Because of their innovative spirit.

Some of the inventions that Google has in projection will see the light very soon.

However, there are others that will take a little longer, and many of these simply will never come out.

But, with some or others in the race to the future, for many people it is very clear that Google will change the world. But how will they achieve this?

Simple, with its innovative spirit. This aspect forces them to turn to many completely new ideas as well as other uses for current technologies.

From there, functions and features will emerge that we can directly enjoy in their products.

But, in addition to these technologies that Google presents or will present in the not too distant future, this company also manages philanthropic projects.

In addition, it also handles ideas, concepts, and other objectives that will serve to shape the future, our future.

Even our successors may benefit from this in the future.

Google's technological innovation that will change the world

Here I show you a list of all the projects that Google has in mind and that in the future could change things as we see them. Let's see them!

We are archiving more and more information and sensitive data on our devices.

This implies a great danger, because they can fall into the wrong hands and suffer from a cybercrime.

Project Vault has one goal: to protect our privacy through the microSD slot, in which a card is placed; it is a small computer.

The cards used in Project Vault comprise an ARM processor, an NFC chip, and an antenna.

They also have various encryption functions. All of this is under the RTOS operating system.

The goal of this is to provide an unprecedented level of security on devices that add this card.

This technological innovation from Google is, personally, one of my favorites.

Instead of having to buy a cell phone annually, think that you can upgrade it by adding a faster processor.

Likewise, you can also personalize them with a battery that will last much longer to charge.

It is the ideal recipe for us to get the spiral of constant updates that we have become immersed in.

This would be based on possibilities such as changing the cell phone for a better camera, greater storage capacity, a better screen, etc.

We recommend you:  Google and artificial intelligence

Project Ara has always been accompanied by calculations, news and rumors that, today, very few are confirmed.

However, it is very clear that Google is still at the bottom of the cannon with this great project.

Among the rumors that were confirmed, was that of 50 dollars as a minimum price of the basic cell phone.

This, in order to accommodate the rest of the modules, processor, screen, battery and Wi-Fi.

Side Walk Labs is not a project that Google is in charge of. However, the company supports him financially. It is directed by Dan Doctoroff.

This individual served as New York City's Deputy Mayor for Reconstruction and Economic Development after the event of September 11, 2001.

The objective of this project is to improve life in the city through its services: reduce gasoline consumption, efficient transportation, etc.

WATCH THE PROJECT VIDEO (in English)

Self driving, much safer travel

Google has been working hard on this technological innovation for a long time.

They will be effective, comfortable, and fast. But one thing that stands out about cars that don't have a Google driver is that they will be much more unsafe.

And the figures are in favor. After traveling 3 million kilometers in the last 3 years, they have only been involved in 11 accidents.

In addition, the Google driver was never to blame for the accident, said project director Chris Urmson.

Many people are aware of the self-driving car, as this is one of the most ambitious projects Google is introducing today.

The fact that this project has already advanced so much and is being tested for some that after highways, does not mean that it will not be something extraordinary.

Apart from being extraordinary, it does not mean that it will not be an invention that cannot change the world.

Not only will it establish a revolutionary form of transportation that will make our trips safer and more comfortable.

You can also open a range of infinities of things to discover.

Universalize the internet through balloons

"Internet for all ”is the motto of this project.

Project Loom is now ready to place thousands of balloons in orbit with which it will provide free internet throughout the entire planet earth.

In addition, with this mode, you will try to change the future of millions of people who, today, have limited or little access to the internet.

This project started in June 2013, in order to create an over-the-air network that communicates through antennas on the ground of providers.

Through these providers, you can offer data and telephone coverage with the balloons.

Without a doubt, Google's technological innovation will change everything as we see it ...

It should be noted that this company has many goals and objectives to meet in the future, so we should not be surprised by the new inventions that they generate for our good

Before finishing this post, I would like to tell you that in this blog you will find EVERYTHING related to Google: services, help, courses, etc ... Visit us!

Do you think Google's technological innovation will change the world? Let us know your opinion in the comment box!