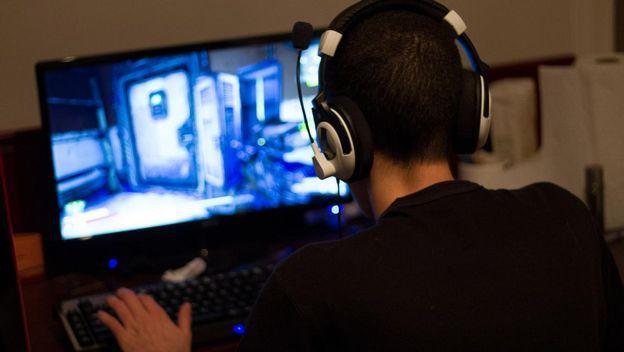 In this post we will show you the 6 best PC video games that you can find that are a total popularity among the gamer community. ENTERS!

Since computer video games emerged, it has been debated, year after year, which are the best video games for PC, generating much controversy.

Every end of the year many points of view or preferences are generated for the games that have been released, that is not to be expected ...

Obviously there are tons of other good quality games that have been released this year, and there are still many that may emerge.

In the following list are the best PC video games released this year.

This list has been made based on the majority agreement that has been achieved between experts and fans of virtual games.

The games that have achieved the most interest for people with their graphics, traverses, stories, among things, are the following:

As many of us already know, the Dragon Ball FighterZ formula breaks with everything we were used to from this story.

On this occasion, Goku and the other protagonists are in a team fighting game mode and in two dimensions.

The result he has produced has been great and his loyalty to Akira Toriyama's mission is to be applauded.

This allows you to get your place on the select list of the best video games for PC of this year.

The latest that the Far Cry saga has released is considered, by many people, as the best of all.

Far Cry 5 provides an action-packed campaign and unforgettable moments that earn much more if the experience is shared with another player.

For this reason, this video game has achieved a place of honor on this list.

Personally, this for me has been one of the best PC video games that I have played in my life ...

At this point, it is very common that there are people who have already heard someone talk about this video game, even if it was in passing.

This game was designed by Matt Makes Games, who are also the creators of Towerfall Ascencion, among others.

And, despite the fact that it is an indie game that was launched without much scandal, the great appreciations have made it the surprise game of 2018.

We recommend you:  The best PS4 games available so far

These evaluations have been issued by the public, as well as by specialized critics.

This game has been one of the most controversial that has been in recent times. This is because it has been labeled as sexist and racist by hundreds of users.

However, this has not prevented it from becoming a total success regarding the sale it has generated through Steam.

This game is a medieval-cut RPG with a duration of approximately 70 hours.

Warhorse Studios, who are its creators, have worked tirelessly to develop a deep and realistic fighting mechanism.

This game makes users have to think carefully about each move to be made if they want to win the fight.

This is the latest installment in the role-playing saga from Obsidian Entertainment. In this new installment, a very high valuation has been seen towards it.

It has been called as one of the best western RPGs released in recent years. In this adventure you have to free the uninhabited archipelago of Deadfire.

To do this, the game provides users with an elaborate RPG experience that starts from the foundation of Dungeons and Dragons.

It also offers character customization, elaborate mechanics, and even the freedom of decisions and explorations that mark the future.

This one came out in 2017, but began to cause a TREMENDOUS international popularity in 2018. We tell you what this incredible game is in this exclusive post we made for it !:

Thanks to this, we can learn a little more about some of the best PC video games that have been released during the year.

YOU WILL BE INTERESTED IN SEEING THIS ALSO: The best TERROR games for PC

In addition, these video games have managed to generate a great stir in gamer society.

Before finishing the post, I would like to tell you that in this blog we write ALL about Gaming: games for PC, Android, reviews, etc ... Visit us!

Similarly, we have more TOPs games or other topics that might interest you.

Do you agree with us that these are the best video games for PC? Let us know your opinion by leaving us a comment below!