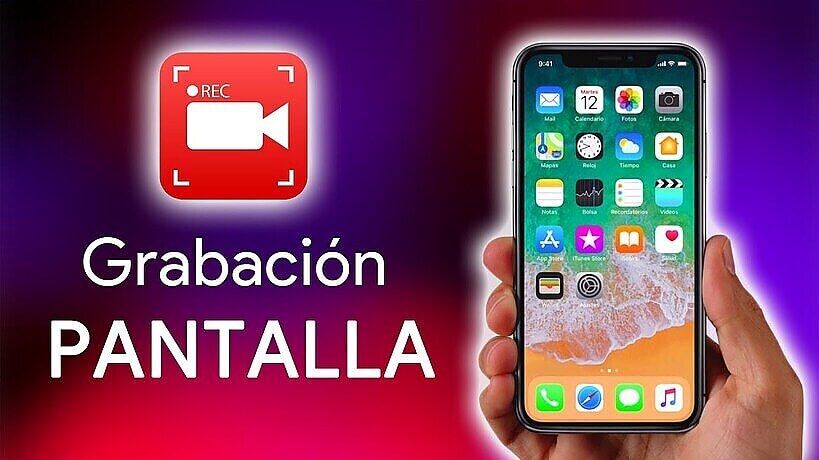 In this post you will learn how to record iPhone, iPad and iPod screen, both with the native iOS app and with third-party apps. ENTERS!

Manzana has offered a large number of tools over the years, each time its operating system comes with more and more functions that surprise users. In addition, they help you to considerably improve the experience of these.

One of those tools that we must learn to use is that of record iPhone screen, which will help us a lot when making some tutorial or streaming.

Thanks to technological advances, which in the past was a function that could only be had on Apple's Smartphone, through a third-party application, is now integrated into the same operating system.

Although the option is available natively, it can only be observed from iOS 11, if we have a lower version than this, then the device will not have the tool.

How to record the screen of your iPhone, iPad and iPod with and without apps

The function of recording a screen is quite useful, especially if we are content creators for YouTube videos. The tool will allow us show what we do with the mobile device easily and quickly, without requiring so much editing. So it is worth knowing how to use it.

In this section we will show you how to do it both ways so you can record quality content and get the most out of the functions.

If you wonder how record iPhone screen without apps Do not worry! Fortunately we have the native app iOS, as we mentioned earlier.

Although the integrated tool is extremely simple, it is necessary to perform some previous configurations before starting it, that way it will be active and can be used when needed.

Locate yourself in the Device Control Center and to activate it, this is what you should do:

Note: In case you are using one of the different versions of the iPhone X, the slide must be from the bottom starting at the top edge.

Once the Quick Access tool has been activated and installed in the Control Center, recording the screen is quite simple. Apple has taken care of that very well.

We recommend you:  Hack for Plants vs Zombies 2 (mobile)

What if you want to do the recording with audio? It is possible, but it will require a couple of more steps, which are not complicated at all. All you have to do is the following:

How to stop screen recording

The quickest and easiest way to stop recording is by pressing the red timer at the top of the screen.

Once this is done, a message should appear saying "Video recording saved in screen photos", right in the notification center. To go directly to the location, just press that notification.

Another option to stop the screen is to go to "Control center" and touch the icon again «Screen Record». That will be recorded, but as already mentioned, the video can be cut off.

Now that you have recorded the screen and have seen the result, it is very likely that you want to do a few tweaks.

Luckily the same Apple application allows basic adjustments, they are not advanced at all, but they are enough to achieve a clean job.

Note: This bar is slider and will allow you to adjust both the beginning and the end of the video frame by frame. This is ideal for when you want to cut the beginning or end of the recording, although it is useless if the purpose is to cut in the middle.

In case the app offered by Apple is not enough, you can download other apps, which may have more tools or record the iPhone screen in better quality, with options so that the video does not lose resolution when it is sent.

Some of these apps are:

You must take into account that some are free, and others are paid, but the advantage of the latter is that they can have much more advanced tools for a more professional edition.

As you can see, record the screen of an iPhone, iPad and iPod It is not complicated, you can get the tool on your own device. And in case you don't like it, or the iOS version is lower, you can use third-party apps.

Until next content. Although we do not want to say goodbye without first recommending some of our posts that, for sure, will also be very helpful.

Now, could you record the screen of your iPhone, iPad and iPod with and without apps successfully? Tell us about your experiences.