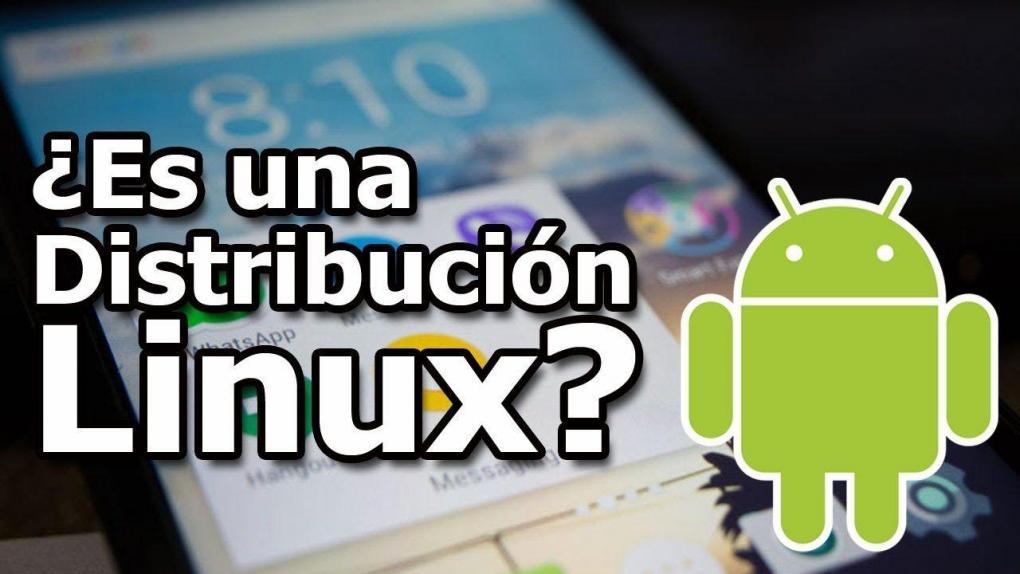 In this post we will discuss Android, especially a question that gives a lot to talk about: is it Android a Linux distribution? ENTERS!

Welcome to another new post. Android was acquired by Google for quite some time, and I have heard that many people discuss whether this is actually a Linux distribution or not, since, remember that Android is created based on the Linux kernel, but that question remains with doubt among many people. Today I will answer that question. But before that, make the following question clear to people who don't know much about Linux yet:

What is a Linux distribution?

Mention that there is no authority that defines whether a system is a Linux distribution or not. All popular Linux distributions come with the suite of software and libraries from the GNU foundation, which is a totally separate project, and which seeks to create a free 100% operating system.

GNU had its own kernel, which was called «HURD«, But it never matured, so systems began to be created with the Linux kernel, and around it, the GNU software and libraries. This is why they are called "GNU / Linux" distributions, not just "Linux" as the foundation tools are being used, but because it is shorter, many people just say "Linux distributions".

The question here with all this stuff is that Android DOES NOT CONTAIN these software and libraries, so the question came up: is it a distribution or is it excluded?

Android does not run on GNU, instead, around the Linux kernel, it runs on the Dalvik virtual machine. Having Dalvik, and not GNU, means that programs made for Linux, WILL NOT RUN UNDER ANDROID, and in turn, those written for Android, will not run on Linux. This is another argument that can "exclude" Android from being yet another Linux distribution. But let's go again: there is no central authority that says so. It could be possible that Dalvik is adapted to run Android apps on Linux, who knows ...

We recommend you:  Application that analyzes your Cellular Hardware Status

Another argument that seeks to remove Android from the distributions is the modification of the Linux kernel by Google, since Android has its own needs for its mobile devices, and that is why Google modified it. Personally, I don't think this is a point to consider, since the Linux kernel is free software, and it is normal to see modifications of it.

The last argument that wants to exclude Android from being a distribution is: Android is not completely free. On top of Android, we find the use of a service called "Google Mobile Services", which is not free at all, but has a license created by Google itself. Personally, I would like to say that I do not think this is a plus, since many times Linux systems must run private drivers, and that, as far as I know, does not remove the label that they are a distribution.

Time to conclude: Is Android really a Linux distribution, yes or no?

As I have mentioned throughout this article, there is no defining authority. Perhaps if Linus Torvalds (creator of the Linux kernel) came out to clarify it (as happened when there were disputes, on how to pronounce "Linux" correctly), we could have a clear answer. Until then, if we assume that the correct thing to do is to consider any OS a Linux distribution, as long as it uses that kernel, then the answer is YES. But on the other hand, if we assume that the correct thing is to talk about GNU, then the answer would be NO. Everything will depend on how a Linux distribution is considered. On my personal point, I rely on GNU, so I CONSIDER that Android IS NOT A LINUX DISTRIBUTION.

Before saying goodbye, if you have more concerns to know more about Android or Linux, I have specific articles for each of them. If you like, I invite you to visit: